Contract Signing of the Veyangoda Flyover

The contract for much anticipated Veyangoda Flyover was signed between Road Development Authority and the Centunion S.A, Spain during a function held on 13th March 2012. The scope of the project consists of construction of a 2 lane flyover over the railway lines at Veyangoda & It will take a new trace over the existing marshy lands. This flyover will bring great relief to the Veyangoda township plagued by traffic caused due to frequent closure of the railway crossing gates. Further it will bring great relief to commuters travelling through Veyangoda saving them precious hours and frustration of waits. 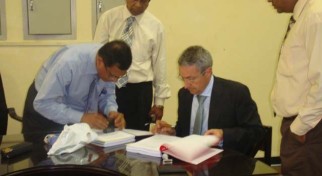 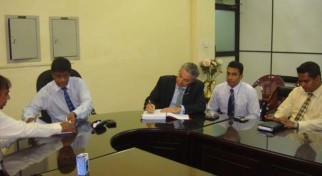 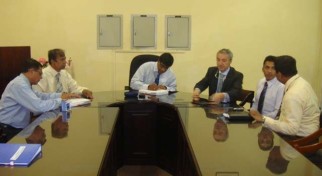